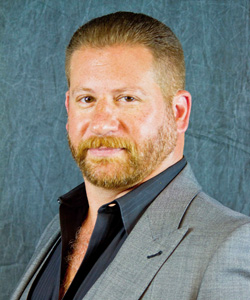 Scott is the managing partner of Sandler & Hansen, LLC.  From 2001 to the present, Scott has focused on representing condominium and homeowner associations.

Scott is a fellow of the Community Associations Institute’s College of Community Association Lawyers.  He also has an AV Preeminent® rating, the highest peer rating standard awarded by Martindale-Hubbell®, signifying that Scott’s peers rank him at the highest level of professional excellence for his legal knowledge, communication skills, and ethical standards.

Scott is also a designated Super Lawyer.  Super Lawyers is a rating service of outstanding attorneys throughout the country.  The Super Lawyer designation is an honor reserved for those lawyers who exhibit excellence in practice, and who have attained certain honors, results or credentials, which indicate a high degree of peer recognition or professional competence.  Only 5% of attorneys in Connecticut receive this distinction.

For 10 years, Scott served as the chairman of the Legislative Action Committee of the Connecticut Chapter of the Community Associations Institute.  He also serves as a member of the Institute’s Government & Public Affairs Committee.  In 2013, the Institute presented Scott with the Award of Excellence in Government & Public Affairs.  Scott served as president of the Institute’s Connecticut Chapter from 2008 through 2009.  He also represented the Chapter when he served on the Connecticut Law Revision Commission Study Committee, which adapted the 2008 revisions of the Uniform Common Interest Ownership Act for use in Connecticut.

Scott is a member of the American Bar Association and the Connecticut Bar Association, where he serves as a member of the Executive Committee of the Real Property Section.   From 2011 through 2016, Scott was listed in the Connecticut Super Lawyers list of Rising Stars in the area of Real Estate.  He also received the 2012 New Leaders in the Law Award, presented by the Connecticut Law Tribune. Scott is a graduate of the State University of New York at Albany (B.A., Economics, 1997) and Quinnipiac College School of Law (J.D., 2000).  While in law school, he was an associate editor of the Quinnipiac Law Review.